Unplug the “Handset” from the base of your existing telephone and plug it into the Plantronics CS50 base unit where it has the icon of the “Handset”. Then take the short cable that came with the CS50 and plug it into the port on the base of the CS50 where the icon of the “telephone” is, Then plug the other end into where your “Handset” was on your existing telephone.

The Master Transmit controls are the ABCD switch settings on the bottom of the base. A is the lowest and D is the highest setting. You can fine tune this setting with the Plus (+) and minus (-) buttons on the back of the base that are above and below the picture of the microphone.

The headset volume control also doubles as a mute switch if you press it in, instead of rocking it back and forth.

There are also configuration settings on the left hand side of the base. This is a dark grey dial with a 1234 on it. There are notches to the right of this dial. Whatever number is lined up with the notches it what setting you are on. This needs to be set to the clearest setting.

There is a silver button on the headset itself which is your “Talk button”. This is what you press to use the headset and or transfer the call from the headset back to the hand receiver.

There is also a switch on the right hand side of the base which is your the IntelliStand feature.

When the CS50 or CS55 is used in conjunction with the Plantronics HL10 handset lifter you can enable the IntelliStand feature.

The IntelliStand feature senses when the headset has been removed or placed into the CS50 base unit which automatically activates the Handset Lifter and enabling headset/handset mode to answer or end the call.

There is a switch towards the bottom on the right side of the base unit that will switch the IntelliStand feature On and Off. Make sure the AC Power is plugged into the wall and then you can adjust the configuration setting to the clearest setting.

Beeping Sounds from the Plantronics CS50/CS55:

One beep every 10 seconds is caused by a low battery warning. Recharge the battery by returning it to the base charge cradle for one to three hours until charge light stays lit or quits blinking.

Two beeps is an out of range warning. Move closer to the base unit.

Three rapid beeps every 15 seconds indicates your mute is on. Press the
mute control once to turn it off. When the optional HL10 or HL1 handset lifter is connected, three rapid beeps indicate a call is coming into the headset. Press
the talk button on the headset to answer the all.

To recover from some fault conditions (refer to the Troubleshooting Section) you may need to perform a system reset.

2. When the talk indicator light (17) on the headset blinks, release both buttons.

4. Next reset the base unit by disconnecting the AC power adapter (24a) 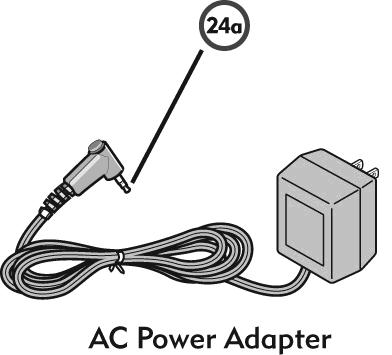 from the AC power adapter jack (7) for 5 seconds, then reconnect. 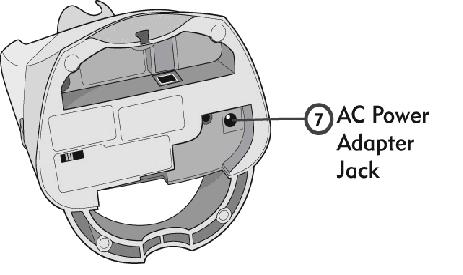 The system reset operation is complete.