Almost without exception, all the hottest PC applications today involve audio as a major component. Internet telephony and chat, MP3 music files, games, movies—no matter what you do with your computer, more likely than not, audio quality is important to you. 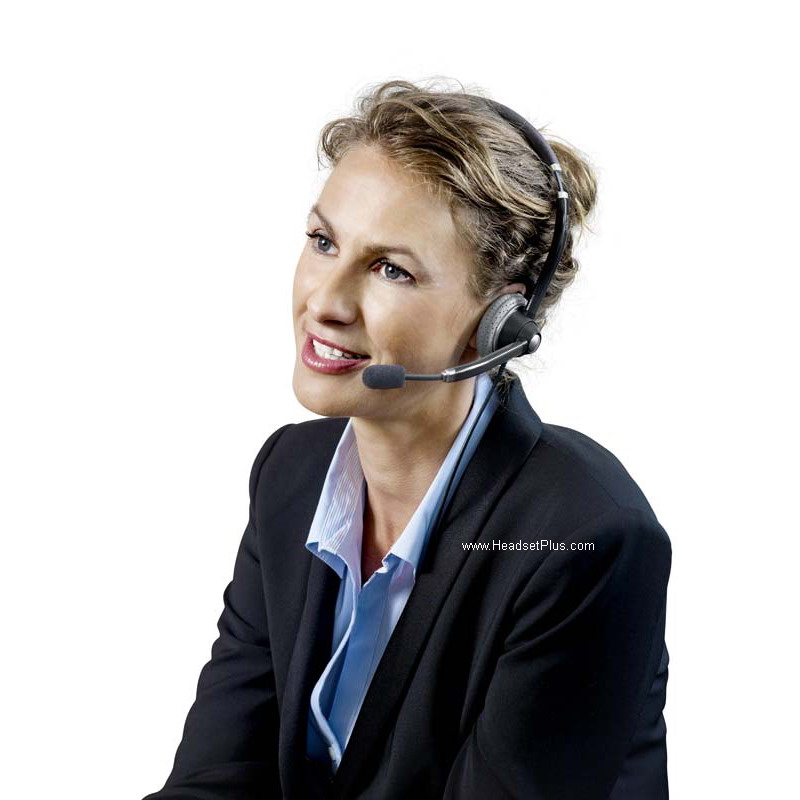 The time for true digitally enhanced audio has arrived. Digitally enhanced headsets provide three main benefits over conventional analog headsets. First, the digital interface provides an inherently better signal. Second, once audio data is in digital, rather than analog form, it can be easily modified and customized. Finally, installing and configuring a digital headset can be a great deal easier than an analog one.

Your analog headset is only as good as the sound card you plug it into. Sound cards reside in a PC close to noisy components and devices like CDs, high frequency CPUs, graphic cards, memory chips and hard drives. Sound cards therefore live in a high electromagnetic interference noise environment.

The problem is even more pronounced in small form-factor machines, like portables, where electronic components are even closer together. In these cases, bypassing the traditional analog sound card inputs becomes even more important.

That’s where USB comes in. USB, or Universal Serial Bus, is a high-speed digital connection directly into your PC. The USB connector is now ubiquitous, as it has been included on virtually every PC sold over the past several years. Connecting a headset via a PC’s USB port allows you to bypass the sound card entirely, resulting in a cleaner and stronger signal. Plantronics’ new digital/USB interface provides optimal audio fidelity for the headset.

When the USB port is used for sound, the sound must be transmitted through the port in the form of digital data. This digital audio stream can be modified and enhanced directly from the PC. This is a major area where Plantronics digital headsets differentiate themselves.

All Plantronics digitally enhanced headsets have in-line modules that utilize three separate chipsets to provide the best audio with our speakers and microphones:

A streaming controller pulls the audio information from the USB bus and puts it back again A 24 bit high signal to noise CODEC that takes audio data and converts it from an analog stream to digital one, and vice-versa A 32 bit dedicated audio Digital Signal Processor, to modify the signal

The use of the DSP is what makes the Plantronics headset line truly digitally enhanced and unique. The DSP and circuitry in the In-line Control can enhance and customize the signal in a number of ways.

For example, in the case of a speech recognition application, the DSP can be used to improve the signal-to-noise ratio (also known as signal level compensation) of incoming speech, resulting in greater recognition accuracy.

In fact, Plantronics has done testing which indicates that using a USB-based, digitally modified signal significantly improves accuracy in speech recognition applications, particularly in environments with a lot of ambient noise

In much the same way that a stereo equalizer can be adjusted to optimize audio quality for a particular type of music or sound (i.e. movies), the DSP can also apply appropriate filters to the audio stream depending on the type of application being run. Therefore, whether you’re running a speech recognition application, playing an MP3 or a CD, chatting over the Internet, watching a movie, or playing an action game, you’ll always have the audio parameters set appropriately for optimal performance.

Using the PC Audio Control Center software, which comes with the headset and is exclusive to Plantronics, you can adjust numerous audio settings as well as apply various effects. Furthermore, once selected these presets are stored in non-volatile RAM within the headset, so you can move it among PCs without losing your settings.

Because the electronic components of the Plantronics headset get their power from the USB port, no additional power supply or piggyback device is necessary.

In many ways, using a Plantronics digital headset is a lot like having an advanced sound card that you wear on your head.

All sound is by nature analog. The PC, however, processes sound in digital format. The key to high quality PC sound is to keep the audio data digital as long as possible and process it in digital form outside the interference-laden confines of the PC.

Plantronics’ digitally enhanced USB headsets do precisely this. Sound exists in analog form only where it absolutely has to be between the user and the headset module. From there on it is purely digital. Here is an example:

When you speak into the headset microphone, analog sound is converted into electrical signals. These analog signals go to the CODEC where they are converted to digital packets. They’re then modified by the DSP depending on the settings chosen, and placed on the USB bus where they travel into the computer and are used by the application.

Conversely, audio data sent digitally from the PC travels via the USB to the headset and are processed by the DSP. The sound data is then converted back into the analog waves you hear through the headset speakers.

Contrast this with a conventional analog scenario, where audio data spends most of its time in analog form. A typical sound card (which again, resides in an electrically noisy environment) with a microphone and speakers attached deals with digital data only between the sound card and the PC. Once the data arrives at the sound card, after its travel through PC generated noise, it is processed and transported in analog format.

Aside from the greatly improved audio quality, utilizing a digital USB connection instead of a conventional analog one provides direct user benefits right out of the box. Analog audio devices, whether they are speakers, microphones, or headsets, all utilize a standard mini-plug. A typical sound card has three or four of these jacks in a row. Although they may look exactly the same, they are not interchangeable. In most cases, these jacks are labeled with extremely small icons that are barely discernible, and very often they are not labeled at all.

USB connectors, on the other hand, are unique and easy to identify. Although many PCs have more than one USB connector, they all behave exactly the same way, and any device can be plugged into any port. The headsets plug into a single USB port, with no more searching or guessing whether the microphone is actually in the microphone jack or in the speaker jack.

In addition, a conventional analog headset requires two one-way connections into the PC – one for the stereo speakers, and one for the microphone.

In a USB implementation, on the other hand, both input and output sound is converted into digital packets that travel back and forth across the USB bus. Therefore, only the one connection is necessary, further simplifying installation.

Another benefit of USB is that it is truly plug and play. The headset is automatically recognized and configured when you install it, and no additional steps are required. Finally, Plantronics digitally enhanced headsets are compatible with Windows 98, Windows 2000, and the Macintosh (OS 9+).