Since communication has become more unified its important that employees remain connected to all of their devices. Companies now utilize both desk phones and soft phones when dealing with customers or communicating between each other.

For workers who utilize headsets with their desk phones and want to be able to connect them to their computers, either to stream music or use a soft phone, they want to be able to use one headset for both devices. This way they can remain connected without having multiple devices they have to switch between.

For the worker that wants to switch back and forth between their desk phone and computer the Zoomswitch Computer USB switch is available. There are three different switches on the marker. 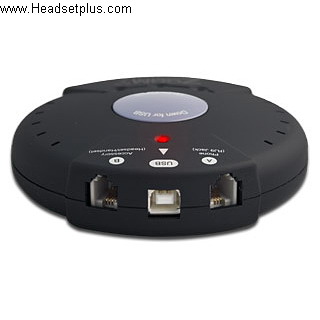 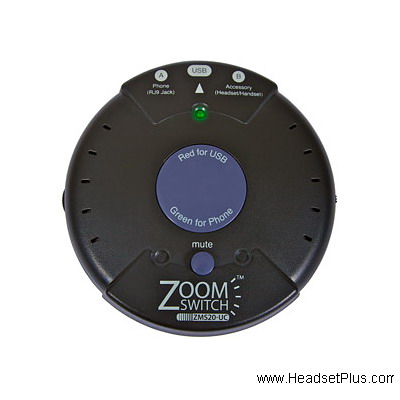 The ZMS10 is the oldest model and has the most basic functionality on it. The ZMS20-UC adds volume control and amplifies the sound on the USB side, it also has a mute button for both the USB and phone side. The ZMS20-UC-A has all of the features of the previous models as well as stereo sound and is compatible with the Avaya HIC-1 cable.

Some workers have wireless headsets with electronic hook switches which for the most part are not compatible with the ZoomSwitch. The reason being that when the headset is turned on and not in a call from the phone the EHS cable will send a signal to have the headset turn off.

This prevents one from using both the wireless headset and EHS cable. However one can use a handset lifter such as the HL10 or the GN1000 if remote answering is absolutely necessary.

The only EHS cables that have been known to work are some of the Avaya cables, however not all Avaya models work, please call for details on which will work.