A. S11 use the same amplifier base, but they come with different styles of headsets. The S11 headset is a simple headband style. The S12 replaced the old S10. Both include the same convertible headset, but the S12 amplifier is updated with a newer look and feel. The new S12 base does not include a tone controller.

Q. What is the “Firefly” feature on the Plantronics S12?

A. The Firefly in-use indicator light is a LED light on the end of the microphone that flashes when the headset is in use or “On Line” to let others know you are on the phone.

Q. Callers cannot hear my voice on the Plantronics S12/S11.?

A. There are a few things that may be causing this.

Q. How can I increase the volume of my Plantronics S12/S11?

Adjusting the Receive volume (what you hear):

Adjusting the transmit volume (how others hear you): 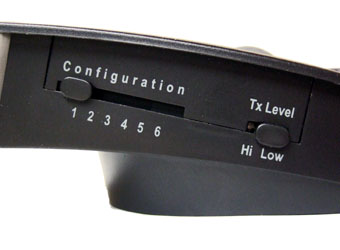 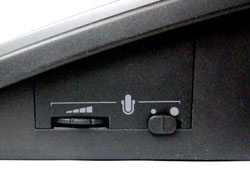 Q. Where should my configuration switch be set at with the S11 or S12??

Q. How do I install the Plantronics S12?
A. On the back of the S12 Base unit there are 2 ports. One says “Handset” and one says “telephone”. Unplug the “Handset” from the base of your existing telephone and plug it into the S12 base unit where it has the “Handset” icon. Then take the short cable that came with the S12 and plug it into the port on the base of the S12 where it has the “telephone” icon, Then plug the other end into where your “Handset” was on your existing telephone. Plug the headset into the port with the icon of a “headset” on it. Route the headset cord through the cable management channel on the bottom of the amplifier. Make sure the AC Power is plugged into the wall and the configuration setting should be on one where the call is clear to you and your caller. 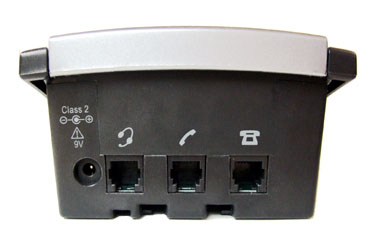 A. Yes. This is the Plantronics S11 replacement headset (shown below).

This is the Plantronics S12 replacement headset (shown below).

Please note: The S12 replacement headset is the headset only. No headband p/n 43298-01. You will need to purchase these item separately.

Q. Can I use an Plantronics H-Series headset or different headset with the Plantronics S11 or S12? A. No, The S11 & S12 are designed to be used with the specific headset it comes with.

Q. Can the headset on Plantronics S12 be worn on either ear?

Q. The red light at the top of the box (just above TONE) keeps blinking on the Plantronics S11. It stays on for a while and then goes out. Is this normal?

A. Yes, this is normal. The red light flashing is an On Line Indicator Light and it is voice activated. This lets people know that you are on the phone.

Q. Is the headset on S11 and S12 Noise Canceling?
A. Yes, Both models have a noise-canceling microphones.

Best 7 Plantronics (Poly) Headset For the Office, Test and Reviews 2021