If you have a phone with a 2-Prong adapter port, like a Nortel M2250, or other various phones with such adapters, this GN Netcom PJ-327 adapter will be versatile and useful in setting up a wireless system.

The GN Netcom PJ-327 is an adapter going from a 2-prong plug to a standard 4-wire female adapter. Enabling use with Jabra/GN, as well as Plantronics wireless headsets.  As it is a standard 4-wire port, this can also be used with telephone handsets as well: 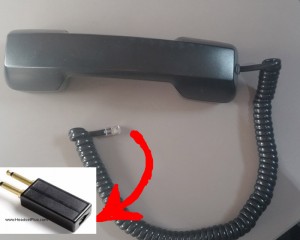 Installation with a GN/Jabra Wireless Headset or Plantronics Wireless would be similar, the 4-wire cable coming from the base of the selected wireless headset would plug into the female end of the adapter, and allow a wireless headset to connect to your system. 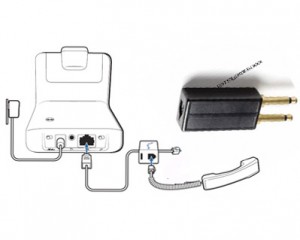 When using a wireless headset, it will have similar use and functionality as a handset, with the benefit of being cordless and free to roam, however all call handling and transferring will be done through your phone system.

9 Wireless Headsets for Desk phone and Computer with The Best...